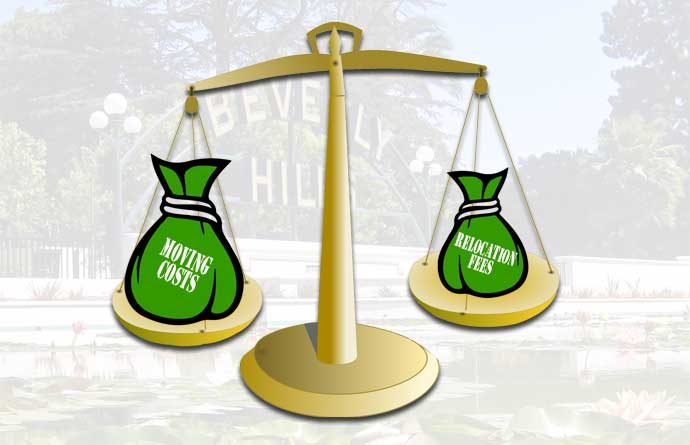 “Justice delayed is justice denied.” The aphorism means an untimely remedy for injustice is no remedy at all. It comes to mind whenever we hear that a required relocation fee was unpaid at the time a tenant vacates her apartment. That payment that is intended to assist the involuntarily-displaced tenant with replacement housing. But when it is late — even months late — our city has failed her. A relocation fee delayed is justice denied!

City Council amended the rent stabilization ordinances in early 2017 to mandate that a relocation fee be provided whenever a tenancy is terminated without just cause. This includes situations like the landlord wanting to move in a relative; or to undertake major remodeling; or to simply to raze and redevelop the property. For Chapter 6 tenants that also means eviction for any reason or no reason at all.

In each case a fee is owed paid. The current relocation fee schedule was set by City Council last year:

Households that include a senior, disabled person, or a minor are entitled to an additional single supplement of $2,000 no matter how many individuals fitting those categories are in the home. Note that the fee tops out at the 2-bedroom tier, which disadvantages larger families. Living in a 3-bedroom apartment? The relocation fee will only afford a replacement 2-bedroom apartment.

More importantly, relocation fees are not always paid as required by our rent stabilization ordinance. The Municipal Code requires a landlord to both notify City Hall in the case of an involuntary termination and to pay a relocation fee.

The public records also indicate that some landlords have made tenants wait many months for a fee (if it is paid at all).

Imagine what happens when a relocation fee isn’t paid in a timely manner. Not only is the displaced tenant obligated for their final month’s rent in the old unit, but she must also find cash for the 1st month’s rent and up to two month’s security. Add on moving and setup expenses in the new place and that’s a ton of money.

At the same time, her security deposit is tied up in the old place. (A landlord has 21 days to return the deposit but they don’t always return it (less any legitimate deduction) in a timely fashion. That is also a case of justice delayed is justice denied.)

One can see how the evicted tenant is in a tough spot: on top of an involuntary termination she has to find housing, come up with the new rent and security deposit, as well as other expenses, while she waits on the relocation fee and the old deposit.

Santa Monica Does Not Give the Landlord a Pass

Santa Monica addresses this conundrum by requiring that the relocation fee be put into escrow and then allows the tenant to draw it down as moving expenses arise.

Not so Beverly Hills! There is a narrow escrow provision in the municipal code (section 4–6–9) relating to escrow:

Well that’s mighty confusing. When exactly does it kick in? We asked the new Director of Rent Stabilization to clarify:

That basically restates the ordinance. But it is third instance we are interested in, and which we have emphasized. It raises a question: Can a tenant obligate a landlord to put that fee into escrow if she 1) gives 60 days notice with a certain departure date; and 2) provides a notarized stipulation to the landlord? Or would this provision only apply if there exists a court judgment?

What About Penalties for Nonpayment of the Fee

We know what happens when a tenant doesn’t pay rent. On the third day after the due date she can find a notice posted on the door to pay or be evicted. What about a landlord sanction if he doesn’t pay the fee?

Despite so much riding on the relocation fee the city has specified NO SPECIFIC PENALTY for non-payment. Instead it falls to the tenant to enforce her rights under the ordinance with a civil claim in superior court. Here it is highlighted in section 4-6-9:

Subsection E does refer to an administrative process for dealing with a landlord scofflaw who doesn’t pay the fee. But that process can really drag on for months, and the (outsourced) city prosecutor is hesitant to prosecute.

Take for example 152 South Peck in which Ross Vaisburd holds an ownership interest. We reported the landlord to the city for renting an illegal unit for fifteen years after the city had ordered it removed. (Seriously.) The situation came to our attention because he had evicted a tenant in that unit in retaliation for a complaint related to unlawful unit entry by the landlord.

But there was more activity going on at 152 South Peck. Utility fees were improperly billed to that tenant too. And  Vaisburd, with his property manager, seems to be involved in an ongoing, and organized, AirBnB leasing business at that address. If 152 South Peck cannot be prosecuted for these violations, then what landlord would be?

[Update: after closing the illegal basement unit complaint prematurely, pressure was brought to reopen it — and that units was subsequently ordered removed in early 2018. After more pressure, the city did force the landlord to pay the relocation fee to the tenant also. However the landlord still skates on the AirBnB activity and has not yet been held to account for the utility fees and the short-term rental activity.]

So the tenant is on her own to enforce the law when the city doesn’t step in. That’s what the preceding subsection D is all about: “Whenever it is necessary for any tenant to file a court action to…collect any relocation fee….”

Got a problem with the landlord? “Lawyer-up,” is what the city says.

The City Should Ensure that Justice is Neither Delayed Nor Denied

Other cities specify a penalty when the landlord does not pay the relocation fee in a timely fashion. Why can’t Beverly Hills?

In comments to City Council a couple of months back we suggested that a small tweak of the municipal code could block the landlord from re-renting the unit when no fee is paid. Or the city could mandate a late-payment fine. (Show us a lease that doesn’t include a late fee for rent.) Also the city could schedule an immediate hearing to determine if a landlord is in breach. Tenants have only three days to pay up when late on the rent after all.

We call it ‘justice delayed, justice denied’ because a household tossed into the rental market without the benefit of the required relocation fee won’t be made whole if a relocation fee is paid late: they’ve already maxed the credit cards or borrowed from friends family for a situation that is in no way caused by the tenant.

Have you or anyone you know not received a relocation fee? Please get in touch.