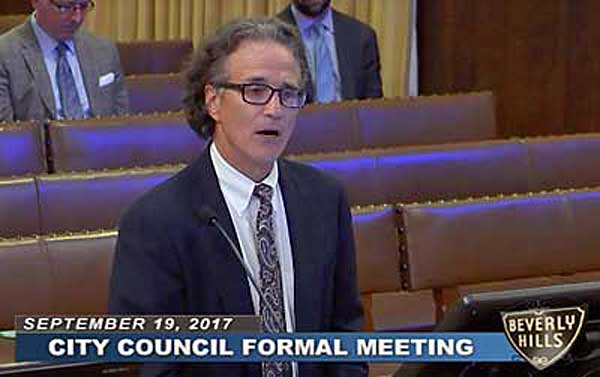 Beverly Hills City Council wrapped up the year with an ordinance adopted December 19th to impose a penalty on any landlord that fails to register his rental property: no rent increase until it is registered. Council had to act because the city faces a state deadline to complete the registry yet according to the city one-in-five properties is still not registered.

The rental unit registry is the foundation of any rent stabilization program. It is an official inventory of the property owner, the properties that lease apartments, and the units which may be leased, vacant, or unavailable for lease. The registry also includes some information about each tenancy, such as when it began and what is the actual, ‘certified’ rent. The registry tracks starting rents for each new tenancy and the housing services that go with it (like parking).

Read more about how the registry is the key to landlord accountability. Yet our city never had a means of tracking landlord or properties. The city didn’t even know how many rental properties were leasing units!

In January of 2017 Council unanimously agreed to create a registry and subsequently affirmed that decision no fewer than five times. Now as Beverly Hills comes up against the mandated January 22nd deadline to certify all apartment rents — which depends upon the registry — there is pressure to get every property registered.

Yet some landlords continue to resist registration. Council has already had to extend the registration deadline from August to September; now, faced with a firm and final deadline, the landlords have taken a new tack: filing a lawsuit in state Superior Court to obtain emergency relief from registration. (The court declined the request for injunctive relief.)

With 19% of properties not registered and the window closing it was time to get serious! So City Council in December proposed to block a landlord from imposing any allowable rent increase if has failed to “substantially comply” with the registration requirement. One landlord spoke against the draft ordinance when the sanction was introduced in early December and Council subsequently adopted it (without comment) on December 19th. The new sanction takes effect on January 26, 2018.

Will the penalty succeed in gaining full compliance with the law? We will know whenever the city releases registry data.

Small-Property Landlords are the Resistance

Rental registries exist in rent-stabilized cities because there is nothing about a registry that compromises a property owner’s business or privacy or anything else. But a registry means accountability to the law, and some landlords don’t want the city in their business. (Some don’t want to get a business license and pay the business tax evidently.)

Data available as of November showed that landlords registered only 81% of approximately 1,100 rental properties; more than 200 properties (19%) remain unregistered. From the preliminary cut of the data presented to Council in December, it looks like the failure to register, or perhaps opposition to registration, is concentrated among small-property owners — those who own four-and-fewer units.

The reluctance to register comports with our experience that small-property owners have always been at the forefront of resistance to rent control generally, and to the registration requirement in particular. Landlord Harvey Miller, for example, is associated with a 5-unit property and is a frequent flier among landlords; he’s showed up to protest at Council meetings no fewer than nine times — a record for any public speaker! (He is shown above.)

These landlords may feel that they have the most to loose from city oversight or maybe it’s just a property-rights philosophy that animates their resistance. With the new penalty imposed by City Council, we shall see whether their desire for a rent increase trumps their concern about registration.